What attracts foreign investors so much in Vietnamese Real Estate market?

During 4 years from 2015, Vietnamese real estate market has been the focal point of thousand investors from many countries in the world. The list will be long but i should mention to the leading countries having investors really interested in properties in The Golden Dragon Country: Korea, Taiwan, Hong Kong, China, Singapore and Japan.

If you’re curious about the reasons, let’s go though it with me. From the following 5 crucial points of view, I can see why Vietnam real estate investment can maintain an upward trend in the future. In the past ten years, Vietnam’s GDP growth rate has averaged above 6%. The situation creates a good economic environment for the development of various industries, and real estate has benefited the most.

Let’s see how it’s been going by IMF’s analysis: Since the European debt crisis of 2011-2013, Southeast Asian countries have been hit hard, and the collapse of Vietnamese real estate has triggered a wave of withdrawal. In the following 14-15 years, the Vietnamese government adopted a series of measures to stimulate real estate development. Especially the amendment of the Housing Act of July 1, 2015, which greatly relaxed restrictions on foreign investment in Vietnamese real estate, currently with Thailand . The Philippines is likely the most open real estate market in Southeast Asia. But from 2015, Vietnam Administration open the Vietnam real estate investment market to foreigners. Obviously, whoever can see the big opportunities in investing in the fast developing country. The fever starts.

If i were in Malaysia or many other countries, i will potentially sell my house in my first 5 year ownship. The reason is the crazily high taxes.

The government will impose a 5% real property gains tax (RPGT) on all Malaysians and raise the tax by 5% for foreigners to 10%. At present, it is a tiered tax that ranges from 30% for properties that are sold within the first year of purchase to 0% after five full years of ownership.

However in Vietnam, buyers can buy and sell out their properties whenever without paying additional fees and taxes. The gate is widely open to both long-term investment and “spectaculation”.

Speculation is also the practice of engaging in real estate transactions in an attempt to profit from short term fluctuations in the market value of a project/land area—rather than attempting to profit from the underlying financial attributes embodied in the instrument such as capital gains, dividends, or interest.

In shorts, people can buy the best properties in a new project at the beginning stage (the sale price is quite low at this period) and sell them for higher price in weeks or months. In fact, many properties have been increasing 10% per year. At present, Vietnam is in the period of demographic dividend. The population aged 15-54 accounts for 63% of the entire population pyramid, and the most densely distributed age group is concentrated in 20-34 years old. The 30-40 age is often the main age range for home purchases. Therefore, in terms of population structure alone, the demand for home purchases in Vietnam is also large enough. Vietname Real estate investment is quickly and steady developping thanks to that.

Consumption habits in Southeast Asian countries are different from those in Northeast Asia. Consumer spending has a high ratio of income to income and a low savings rate, which is an advantage for the domestic consumer market. In addition, according to statistics and forecasts in Vietnam: rich households have doubled by 2020, while middle-income households have more than 50% growth. The fact indicates that the purchasing power and consumption power of Vietnamese household income will increase significantly in the next five years.

The Vietnamese people have strong consumption power, the concept of savings is less common, and the use rate of secured loans and consumer loans is high. In the first half of 2015, the loans granted by Vietnamese banks surged by 22% compared with the previous year. Starting from 2015, more than 50% of the purchasers started to use housing loans. With the further improvement of the banking system in the future and the effect of interest rate cuts,.the proportion of housing loans is still expected to expand further. At present, Vietnam’s urbanization rate is below 40%, which is still at a low level compared with other Southeast Asian countries. This indicates that the renewal and expansion of Vietnamese cities is expected, and there is still room for growth in real estate. The period form 2019 to 2030 will be a big change of Hanoi urbanization rate while the Goverment is going to implement the Urban Development Planning. Tay Ho and Bac Tu Liem district will be the second city center (the first center is Hoan Kiem and Ba Dinh which are too busy and cramped now). This is a real estate investment opportunity better than ever! From the perspective of rent reporting rate, Vietnam’s current rental return rate is still quite attractive. Ho Chi Minh City’s average annual rental return rate can reach 7%-9%, far higher than the current investment in Tokyo, Taipei, Hong Kong and other cities. Report rate. Even if miscellaneous items such as management fees are deducted, the net rate of return is around 6% – 7%. Coupled with a 15% annual increase, there is a huge room for appreciation.

From the perspective of mortgage interest rates, Vietnam’s borrowing costs are relatively high. The loan interest rate has once approached 20%. In recent years, it has fallen and gradually stabilized at 8-12%. This will put a lot of pressure on buyers, which is why many Vietnamese people have an average loan period of only 3-7 years. 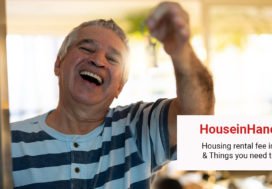 Housing Rental Fee in Hanoi and Things You Need To Know 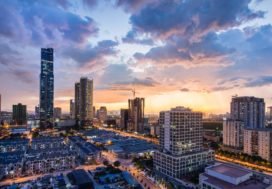 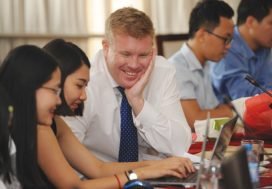 How do foreigners own properties in Vietnam?