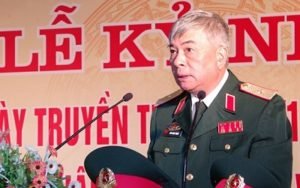 MIPEC Developer officially entered the Real Estate market in 2005. With a solid business foundation and strong financial potential, the developer from Military has gradually asserted its position through key projects and works requiring high technology.

Since its establishment, MIPEC has made great strides in terms of both business scale and production & business results. In 2003, MIPEC’s charter capital was VND 20 billion, by August 2015, the charter capital increased 50 times, to VND 1,000 billion. In 2018, MIPEC Developer’s total revenue was approximately VND 7,500 billion. Total assets reached nearly VND 7,000 billion with nearly 600 employees and a network of branches and affiliates across the country. For 10 consecutive years, Mipec ranked high in VNR 500 – Top 500 largest enterprises in Vietnam and 6 years in FAST 500 – Top 500 fastest growing enterprises in Vietnam, and Voted as one of the famous brands in Vietnam in 2018.