In this Quarter IV of 2019, MIPEC Developer is going to open the fist sale of Mipec Rubik 360 Project. The newly released advertisement on this launch is causing a stir among national and international investors. The reason is that this is the rare remaining project next to Hanoi Metro Station. One year back, Golden Tower Project at No. 275, Nguyen Trai street with the same advantage ( just 100 meters from Hanoi Metro Station Line 2A) became hot deals in the Hanoi real estate market. It just took 4 months to sell out 30% of slots for foreign buyers.
MIPEC Rubik 360 project in Hanoi is a high-class apartment complex with many modern advanced facilities. The place will welcome residents of intellectual populations and wealthy classes. Xuan Thuy street is also a favourite area for tenants because it is convenient to travel to other districts. Mipec Rubik 360 Project is located at No. 122 & 124 Xuan Thuy street, Cau Giay district. This is central area of ​​Hanoi Capital, is home to many skyscrapers, many office buildings, organizations, large corporations, many groups, bank credit institutions, many office buildings and corporations’ headquarters. Besides, MIPEC Rubik 360 is a promising project for investors because its location is very close to Hanoi Metro Station Line 3. One other significant advantage is the fact that it’s near the Main Road Pham Van Dong where the longest elevated road of Hanoi stretches over. Being closed to the intersection of Hanoi Metro Line 3 and Ring Road 3 (Elevated Road), Mipec Rubik 360 apartments for sale really kill two birds with one stone: City Central Location & Traffic Hubs. There are up to 54 amenities in Mipec Rubik 360. The following are the most featured utilities:

Apartments in Mipec Rubik 360 takes advantage of natural light and are equipped with modern technologies. All ensures a comfortable life, optimizing the enjoyment for residents. Fire protection system (fire protection) is installed in whole towers and even in each bedroom. The system meets US NFPA and IBC standards, it has an outstanding advantage over other conventional fire protection systems.

This new condo project in Hanoi is managed by magnetic card and CCTV system ensuring maximum security and safety for residents. The parking areas have specialized charging stations for electric bicycles, electric motorcycles. Tower A
Tower A 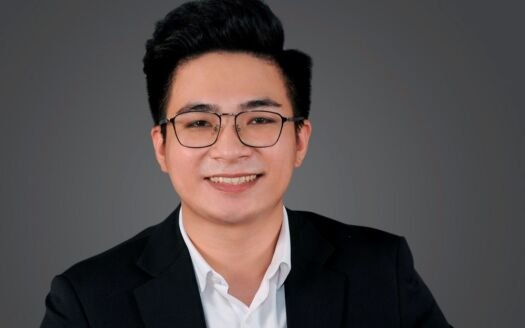