In recent years, many foreign investors have invested in Vietnam’s real estate market. This no longer stops at smart investment strategies but has become a phenomenon. There are many men of substance who have invested by following the crowd and have little idea whether the project will actually return money. Many of them betted on the wrong horse.

Meanwhile, investors who are interested in the healthy investment are seeking for the answer for: “Where in Hanoi to make the real estate investment?” Or “Should i spread my investment over all areas in Hanoi?”

I myself have been in real estate for a long time and have experience how Hanoi Real Estate Market becomes active from the early days. For the golden period of 2019- 2025, I’m convinced that investment in Tay Ho real estate market is a wise step.

Now, you might be curious about this new center in Hanoi.

Where is Tay Ho?

Tay Ho is a district located in the north of Hanoi Capital, Vietnam. The highlight is West Lake (about 526 ha wide) which is considered “the lungs of the City”. Since the last century, West Lake has held an important role for tourism thanks to its convenient location and transportation. According to the development orientation of Hanoi capital until 2020, the entire Tay Ho district belongs to the development area of the central city. This is a district with particularly favorable conditions to attract financial capital, human resources and science and technology. All will accelerate the socio-economic development of the district in particular and of Hanoi in general. New projects in Hanoi by Red River will be the beginning of attracting investment.

According to the urban development plan of Hanoi City, there will be 13 embassies and 6 major government agencies in the Western region. Currently the government offices have been completed and are about to go into operation. Ministry of Planning and Investment, Ministry of Agriculture and Rural Development, Ministry of Justice, Ministry of Industry and Trade, Ministry of Transport and Construction are the first ministries moved.

When Ba Dinh (the old political center) was too cramped, Vietnam and Hanoi had long planned to set up a new administrative center to bring about the future urbanization. That new center was built in the area of ​​2 districts of Tay Ho & Bac Tu Liem. Specifically, this new center is located on the big road Vo Chi Cong, which runs straight to Noi Bai International Airport. The Korean embassy was moved to a new administrative center.

Core ministries have been moved here, infrastructure has been developed. Currently we can see clearly: Star Lake new urban area, Diplomatic Corps Area, the office building on the road Vo Chi Cong. This new area is attracting investment from many foreign investors and highly qualified senior professionals and successful entrepreneurs. A series of real estate projects are springing up in this area of ​​Hanoi, affordable but with great investment potential.

A major advantage of this area in the future is the Hanoi Metro elevated railway system (Hanoi MRT). Phase I, after many years of construction, is about to operate with many stations throughout Hanoi: Cat Linh (Dong Da district) – Ha Dong district; Nhon – Hanoi Railway Station (Hoan Kiem District). Phase II (planned for 2025-2030) will have a Metro route running through the Star Lake area & Ciputra urban area where there are on-going projects such as Sunshine Golden River Project, Sunshine Crystal River Project, Sunshine Riverside Project, Tay Ho Residences Project.

Where the biggest & modernest neigborhood is located

Nam Thang Long Urban Area in Hanoi (Ciputra Hanoi) is one of the first new urban areas built by investors in Indonesia and Vietnam in a joint venture in Hanoi. And also one of the largest urban projects in the North Vietnam. Ciputra Urban Area is built and developed based on the balanced correlation between urban space and natural environment, creating a Multi-functional city, an ideal space to meet the needs of housing, commerce, tourism and entertainment most modern and class in Hanoi. Residents are the wealthy and knowledgeable people. Many modern & first-class amenities in “the small city”: Golf course, private schools, shopping malls, swimming pools, gym center, eco-path, playground, …

On the morning of October 6, in Vinh Ngoc Commune, Dong Anh District, Hanoi, Prime Minister Nguyen Xuan Phuc attended the groundbreaking ceremony of Smart City project with a total investment of nearly US $ 4.2 billion. The project is located cross the river from Tay Ho district. This once again confirms the priority of Hanoi’s urbanization: not Ha Dong or My Dinh but Tay Ho district and Dong Anh district. Sunshine Group is building a series of high-class projects on golden riverside land in Hanoi.

In Vietnam, if we put the money into our bank account, we would have interest of 7% per year. Property Investment in Tay Ho area expectedly give investors  a return rate of 10% or more.  The law in Vietnam is also open for investors while they can sell out their properties right after buying them without high taxes. See this article for more information: How do foreigners own properties in...

Related Article
The quantity of foreigners coming to Vietnam is increasing very fast, not only for tourism but also to live and work. Many of them have need of owning properties in Vietnam for living and also for invesment. So what do foreign owners in Vietnam need to note? Who can buy properties in Vietnam? – Foreign organizations and individuals invest in the housing projects in Vietnam ...

Through the above analysis, we hope you can see the development potential of Tay Ho area and the solid profitability of real estate projects there.

We are opening sale of projects in Tay Ho: 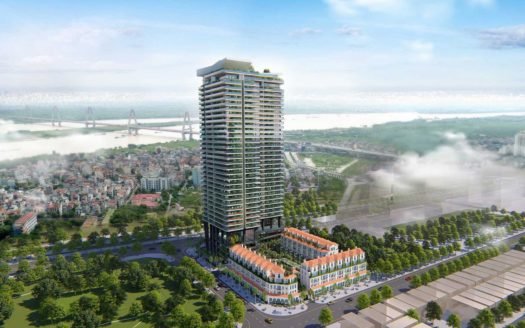